Details of entry 5 for the Terminator challenge, including the pre-painting picture:

Name: Chris
Model Details: Ultramarines captain in terminator armour. Armed with a power sword and storm bolter. I am aware there is already literature around the captain of the first company, and having not read the recent novels I wouldnt want to upset anybody by referring to him as such. So really he's just a generic ultra captain :)
Parts list: FW Lugft Huron body, arms and base. FW Culln head and power sword. FW ultramarine icons. Grey Knight terminators arm, storm bolter and hand.
Pre-Paint Picture: 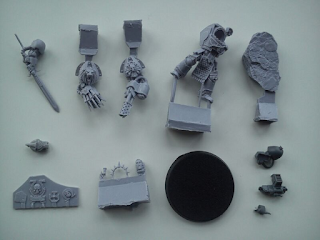 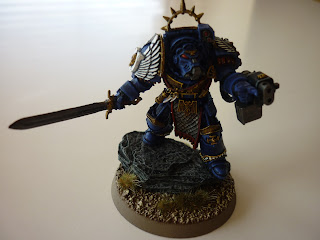 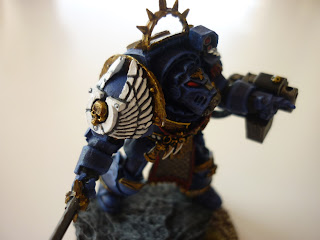 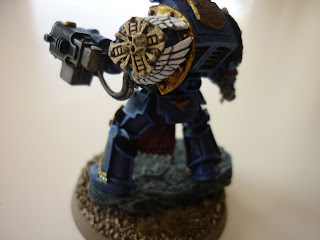 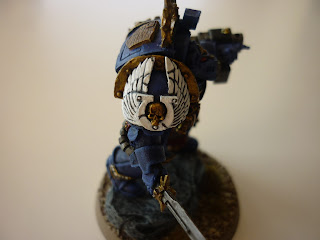 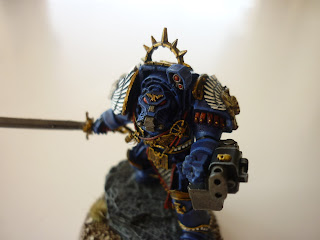 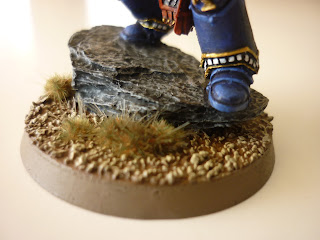 I'm very happy with the way my entry turned out... it was quite nice to actually finish on time as well ;)

The conversion work was more involving than planned, but I think it was a success. The most difficult part was undoubtedly removing the lions head from the right shoulder pad. I had to resculpt portions of the the wings before attaching the Ultramarine icon and filling the gaps.
﻿ 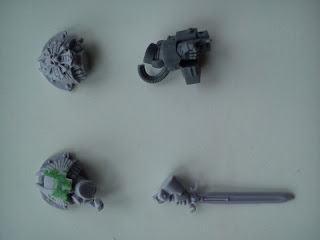 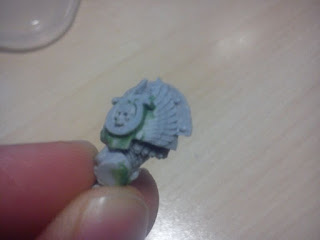 This was the first time I've used the new paint range in anger, and I was very impressed. The blue for the majority of the armour was done with Macragge blue, washed with Drakenhof nightshade, and highlighted with Altdorf guard blue. I purchased Guilliman blue to glaze it, but didn't end up using it for fear of ruining the finish. I'll test it on another model at some point and come back to my terminator at a later stage if I like it. Most of the detailing was completed with the old paint range including burnished gold, devlan mud, and mechrite red.

Overall I'm happy with it, but if I were to do it again, I would probably reverse the colour scheme on the ultramarine icon (so the 'U' is gold), as it is I'm not sure it it stands out enough from the wings in white.

Let me know what you think in the comments :)
Codified by Millest

Great looking conversion, simple and very effective. I love the omega, and the basing. The pix could have used some more light, but that's in the details :)
Overall superb work, I don't think you'll need that wash

OMG Chris has finished a challenge! To be honest he has done such a clean job you wouldn't know he has converted so much! The only thing I would change is the storm bolter but that's personal preference. Great job and good luck