Members of the flight crews of the Imperial Navy Cruiser Ser Amerand 65th Search and Rescue Squadron are amongst the most highly skilled pilots in the vessel compliment. Tasked with recovery of VIPs, Pilots and other note worthy Imperial denizens the pilots operate both in the Void and Planet side in a variety of craft.

Their aircraft markings follow a long tradition whose meaning and origin has long been lost to time but requires their aircraft to be brightly liveried and marked to demonstrate their lack of fear that the enemy can see them and to give a visible sign of hope to those they rescue. 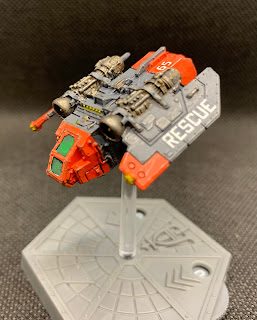 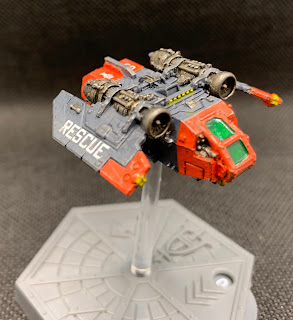 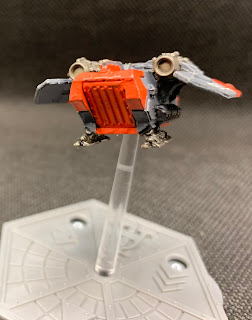 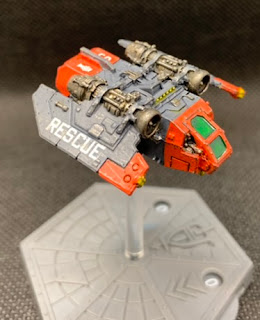 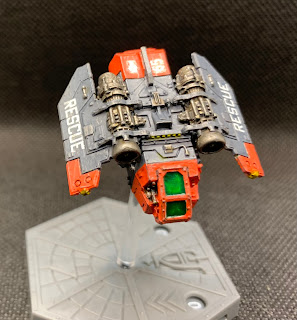 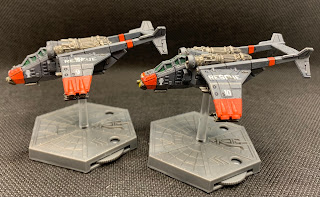 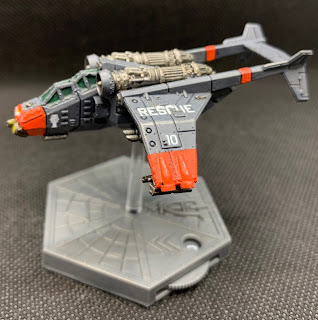 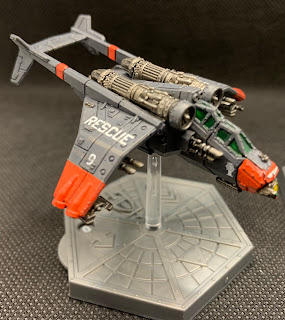 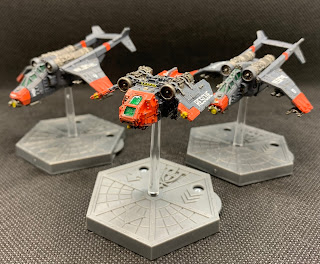 Inspired by the old RAF search and rescue Westland Wessex helicopters I was tempted to do this after seeing Rusty Plastics work on a similar project on a full size Arvus on instagram. I like to think I've replicated this well: 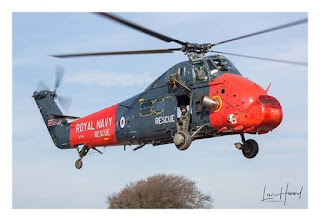 My transfers were knocked up as a customer job from Fantasy Print Shop
Codified by Millest No comments:

Never the most fortunate of chapters the Lamenters have always suffered their ill fate in stoic silence. This luck appeared as if it had started to turn for them after the rise of the Primarch. Shortly prior to the gaining of their Primaris bretheren the chapter miraculously received news of a massively overdue resupply shipment coming in from the Forge world of Ryza.

The jubilation at this resupply however was short lived, the expected arms and armaments were not forthcoming and the shipment amounted to a single, ancient pattern, Thunderhawk that was barely armed or battleworthy.

The Ryzan contingent, not wanting to be marred by the foul luck of the Lamenters, delivered this single vessel via remote pilot. On delivery in to the Lamenters flagship hangers the final transmission the received by the Ryzan fleet before breaking orbit as rapidly as decorum allowed was a single archaic and cryptic phrase in high gothic - quid est hoc, formicis planum? 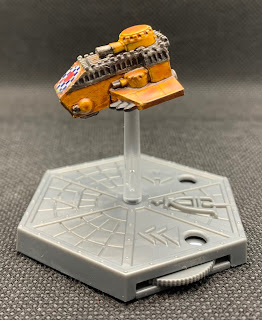 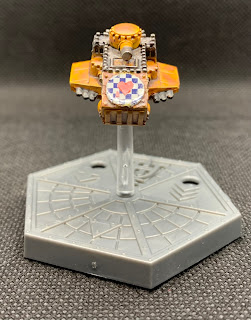 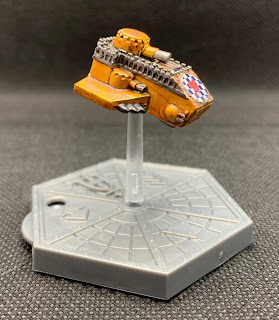