Welcome to the newest article on the blog. This article is a two weekly update of the things I and my compatriots (if I can convince them to sign up) plan on achieving hobby wise over the coming two weeks. This isn’t a commitment and something that we will be held accountable too it’s more a way of documenting our plans and acting as motivation towards. The Workbench covers everything from painting and modelling to reading and building lists, if its hobby related and something noteworthy it makes it to the work bench.


So now on to my inaugural Wednesdays Workbench Roundup: 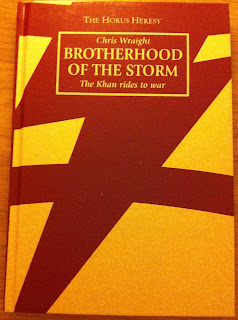 I did worry on opening that there might be no text inside after seeing this: 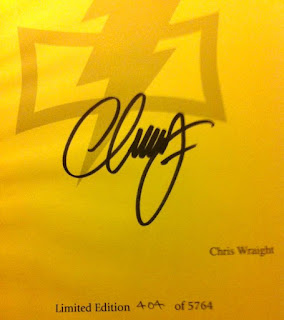 But suffice to say 4 chapters in the book is interesting as hell and is making me like the White Scars, a chapter/legion I haven’t really ever paid much attention too. More to follow on completion.


This week also saw the arrival of Pariah and a break from 40k for me in the form of Armored (there’s a U in there but for some reason these jokers haven’t included it) a compilation of Power Armour stories not set in the 40k universe, I intend to crack on with these but can’t guarantee finishing them. 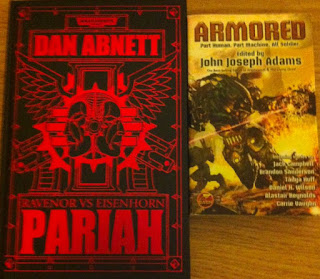 In terms of physical hobbying I plan on getting two chimeras started this next week, I may also get some of my other chimera based tanks assembled, however still looking for track guards so any help would be appreciated.


Well that’s it for the first Wednesdays Workbench, check back on 14/11/12 for a round up on what was achieved, hopefully with pics, and plans for the next two weeks.
Codified by Millest No comments:

Hi there, This week we’re excited to release three more kits for our Horus heresy range. The Space Marine Legion Jetbike, Jetbike Squadron, and Typhon Heavy Siege Tank are all now available to pre-order. It’s Games Day France on Sunday 28th October, so we’ve got an events reminder for you as well.
Scimitar Pattern Space Marine Legion Jetbike
Squadrons of ‘Sky Hunters’ are fielded by almost all of the Legiones Astartes. These feared strike units are heavily armed and mounted upon sophisticated and powerful craft more akin to small flyers than ground bikes. Their size allows for a potent heavy weapon armament, and it is not uncommon for these squadrons to range far ahead of the main strength of a Space Marine force, striking targets of opportunity at will. 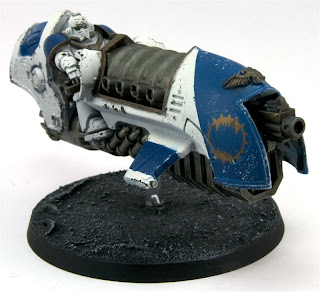 There are several patterns of jetbike produced by the Mechanicum, all of which are modified from designs that pre-date the Imperium, and all of which are in considerable demand by the Space Marine Legions. 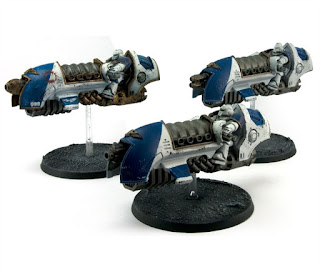 The Scimitar Pattern Space Marine Legion Jetbike, designed by Daren Parrwood, is a single multi-part resin model which features four weapons options: a Heavy Bolter, Plasma Cannon, Multi-melta or Volkite Culverin.
Alongside this is the Scimitar Pattern Legion Jetbike Squadron – this kit contains three Jetbikes; the minimum size for the Sky Hunter squadron featured within the Space Marine Legion army list in The Horus Heresy Book I: Betrayal.
Space Marine Typhon Heavy Siege Tank
Named for the ‘Great Beast’ of Ancient Terran myth, the immense Typhon Heavy Siege Tank was developed by the Mechanicum alongside the Spartan, with which it shares a basic chassis design. 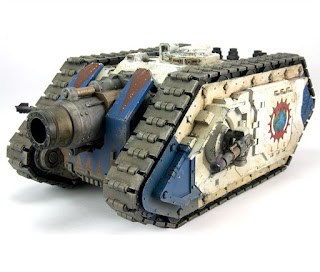 The Typhon’s primary armament is the massive Dreadhammer cannon, and was created in response to a request from the Primarch Peturabo, master of the Iron Warriors. He demanded a Legiones Astartes war engine that could rival the great batteries of the Imperial Crusade Army in firepower, but manoeuvre and deploy at the speed of a Space Marine force. 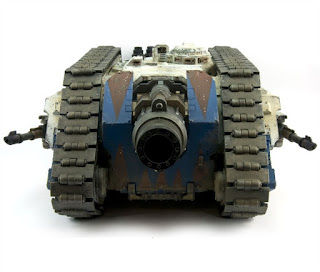 The Typhon Heavy Siege Tank is a detailed multi-part resin model, designed by Phil Stutcinskas. This mighty siege tank makes for an intimidating centrepiece indeed, and rules for fielding it as part of a Space Marine Legion are printed in The Horus Heresy Book I: Betrayal. 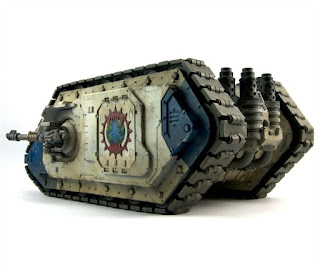 All three of these fantastic kits are available to pre-order now for despatch from Friday 2nd November.
Forge World Events News
Games Day France and IPMS Scale ModelWorld International.
Forge World will be at Games Day France on Sunday 28th October in Montreuil at the Espace Paris. Forge World Designers Edgar Skomorowski and Stuart Williamson will both be attending this event alongside our intrepid sales team.
We will also be attending the IPMS Scale ModelWorld International show on November 10th and 11th at the International Centre in Telford, England. As always we are accepting reservation orders for this event, and this is the best way to ensure that we will have the exact products that you want, packed and waiting for you to collect. IPMS reservation orders are pre-paid to make the collection process quicker and easier, leaving you with more time to enjoy the rest of the event.
To place a reservation order for Scale ModelWorld International, just call the Forge World customer service team on 0115 900 4995 between 9am - 6pm Monday to Friday, or 9am - 5pm on Saturday. We’ll need your name, a contact e-mail address and a full list of the items you wish to order, and you’ll need the card you wish to use for payment to hand as well.

Thanks, Ead Brown Customer Service Manager Forge World
=========================================
Ok, well we now have one of the iconic units of the Heresy availible, the jet bike, and one of the most awesome support tanks so far. The question is can FW get any better?? The latest models are awesome and I am constantly looking at ways to include them in my planned armies, not to mention afford them, as everything is awesome. Cant wait for the Imperial Army stuff to see what i can manage to shoehorn in to my guard :)
Codified by Millest No comments:

Great news folks, Bartertown is coming to the UK, the greatest bits and gaming trading site ever now has a UK presence. The difficulties in wading through tons of US based trades is now sorted with a UK friendly forum to help us gamers out.

Hi Folks,
after all the worrying and posting it appears I attracted someone who couldn't/wouldn't pay so now everything is back up here:
http://myworld.ebay.co.uk/the-inqusitor/
I dont normally do this but i have lots of stuff up for grabs, there is the complete run of warhammer monthly comics, various Games Workshop stuff, Some Forgeworld bits, Battle Fleet gothic magazines, White Dwarfs, Some Dark Vengeance models and now including Bommerz over da sulphur river, the old standalone Aeronautica style game from Games Workshop.
Hope this interests you guys and happy bidding.
Cheers
Codified by Millest No comments:

Bit of an ask now folks but who is good with rogue trader era fluff?
I have found an image I remember seeing some time ago and was wondering if anyone can identify the chapter of the marine labelled "field police" in this image below or is it like a remember a specific badge for field police and they have no chapter as such in the old RT fluff: 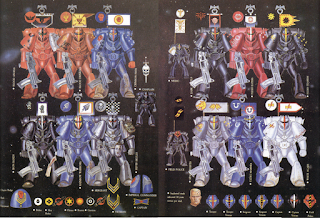 Field police image
I dont remember a chapter in the old RT era with that symbol so I was working on the theory they are like DW ie they are a mix from all chapters and use that symbol as thier badge.
I am looking for an excuse to paint some to accompany my inquisitor. Thinking about how to incorperate them in to a force and the other way I might get round it is do them all like that and then just pick out a chapter symbol on their knee pads. its an old odd bit of fluff but I like the idea that on campaigns a small number of marines get seconded to the police to assist with control etc.
Any info on the badge or thoughts on the idea would be great.
cheers

Hi Folks,
dont like to do this but its time for a cheeky plug - It is now the last day on my ebay items that can be found here:
http://myworld.ebay.co.uk/the-inqusitor/
I dont normally do this but i have lots of stuff up for grabs, there is the complete run of warhammer monthly comics, various Games Workshop stuff, Some Forgeworld bits, Battle Fleet gothic magazines, White Dwarfs, Some Dark Vengeance models and now including Bommerz over da sulphur river, the old standalone Aeronautica style game from Games Workshop.
Hope this interests you guys and happy bidding.
Cheers
Codified by Millest No comments: 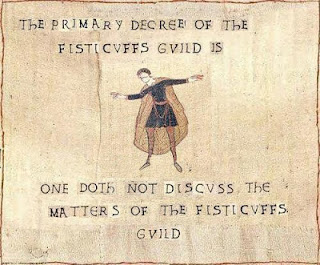