found on youtube, this is amazing work
Codified by Millest 4 comments:

Still not 100% sold on these but it's a unique direction for sure! 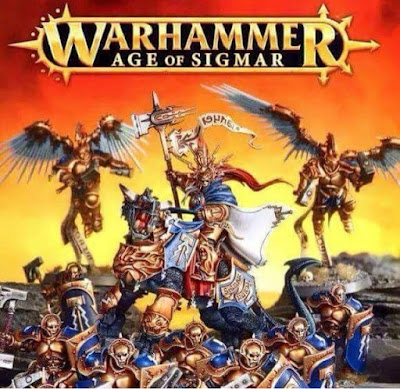 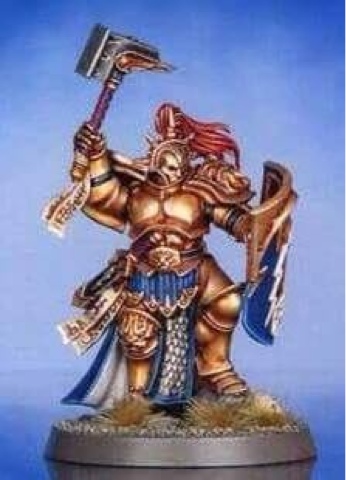 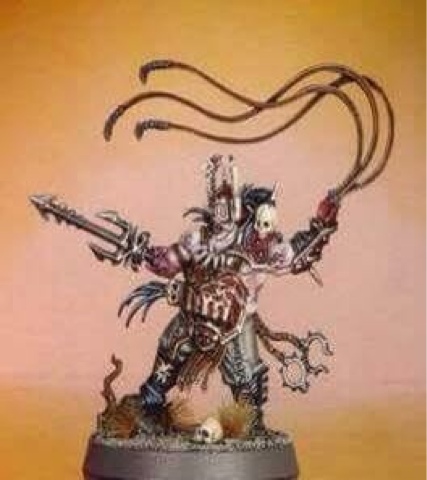 not really sure on the whole WHFB space marine look going on here but loving the conversion potential for marines and inquisitional units. 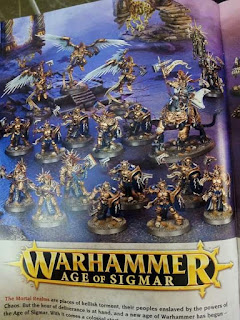 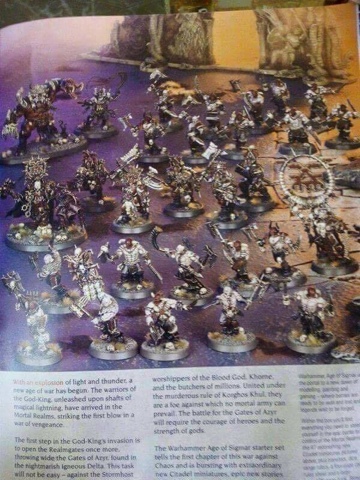 'Songs For Acid Edward' by Mr.B The Gentleman Rhymer

Some time ago my friend and some time contributor to the Blog Damien decided he wanted a new army, after an awful lot of playing with ideas, half started and quarter finished project he decided he fancied a themed Ultramarines army!

He eventually decided on the 4th Company of the Ultramarines (as the initial image suggests), led by Captain Uriel Ventris (more info here: Ventris and the 4th). He wants to include some of the characters like Ventris, Pasanius and Learchus so as a thank you and for fun I offered to convert Pasanius for him as I had some great ideas, plus it was an excuse to read the books again.

When starting the project I remembered that according to the books "his physique was so massive that his Power Armour had to incorporate salvaged pieces of Tactical Dreadnought Armour to fit his frame. His primary weapon was a heavy Flamer" (lexicanum entry: Pasanius) so I ordered some bits and decided to make a start.

When ordering the bits I thought I would try some new sellers online and when they arrived I was a tad disappointed as the bits for the most part turned out to be copies, suffice to say the sellers we reported and dealt with. Still rather that stress about it I cracked on and used the following bits: 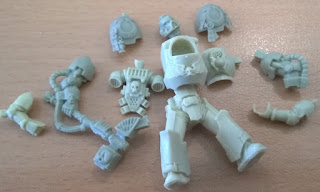 My thoughts were initially to use standard Terminator armour but I liked the way the Tartaros pattern mirrors normal marine armour, that linked with a MKIII/HH era heavy flamer (one of the few genuine bits I received) I thought it would make a convincing go at the Sergeant. So with some chopping of arms and the Torso (basically chop the "hood" off and then cut it in half) and stick some extra bits like a rear marine torso on and you are good to go. A little bit of chopping of the shoulder pads and some green stuff in some gaps and I am pleased with the overall look of him. 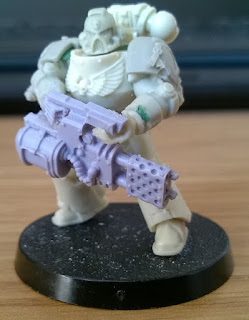 Front view showing the flamer and some of the Terminator bits used, the head sits a little high for me but if not liked I am sure it can be shaved down and lowered. 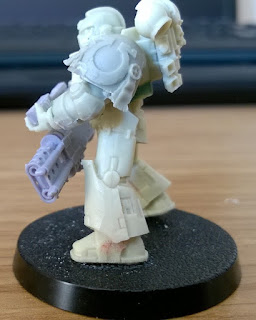 Side view showing the use of terminator legs and the shaved down Terminator pads, I didn't do much to the pads just shaved a few bits off the bottom to make them appear more like power armour pads. 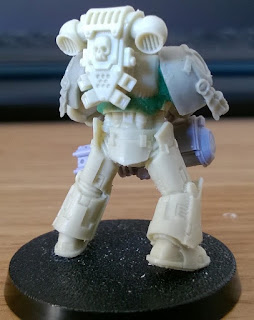 rear view showing the back pack mounted on a standard power armour torso to give the positioning, the extra cables on the Tartaros pattern legs that run up in to the torso give a nice effect and set this off. You can also see some of the green stuffing I had to do to smooth some of the joins out to make it more armour like. 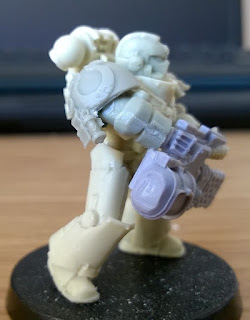 Right view showing the other pad and re-positioned arm, this took an awful lot of green stuff to pad the shoulder out and mount the pad. I also used a Bionic had here, in the books Pasanius has a bionic arm (I wont spoil any more here) and rather than replace the whole arm, as it looked quite small next to the armour, I chose to replace just the hand and assume the arm is in the armour. I also used a FW marine bionic for this as opposed to the source mentioned in the book as they looked too small. 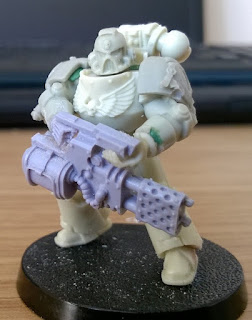 Final front view showing the heavy flamer and the left hand that was replaced with a cupped power armoured hand to give a better flow to the arm. 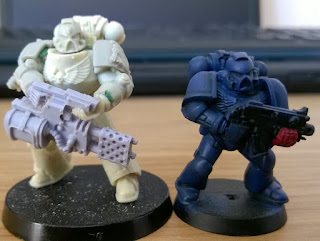 finally a comparison picture showing Pasanius next to Brother Testor (my random practice model for various schemes and techniques- hence the name) showing how large he is and how he towers over other marines.

Hopefully this model will see paint in the hands of Damien soon and we can get you some pictures of him and the rest of the 4th company.
Any questions, comments or feedback please feel free to comment.
Codified by Millest No comments: