The motive leviathan that is the Mezoan Shadowsword identified as the “Radula Caseus” used to support the Knights of House Hermetika and as a test bed for various weapons identified and developed by the forges. 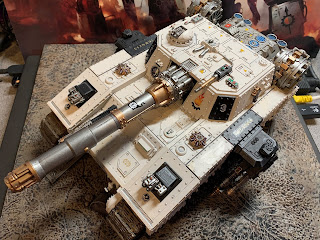 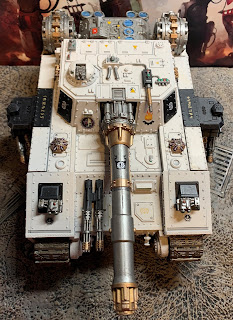 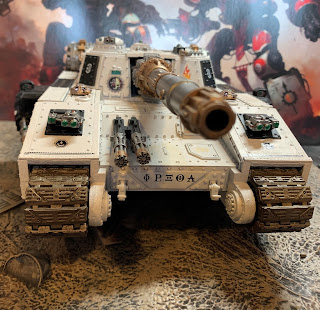 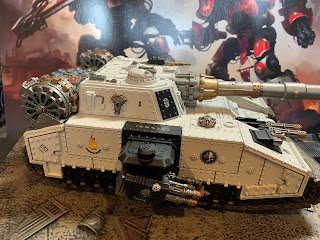 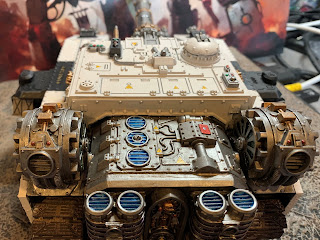 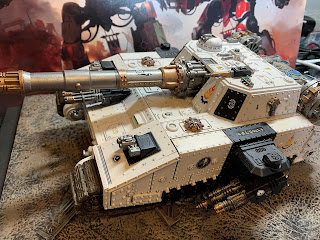 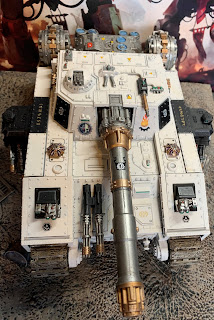 Built using the Standard Shadowsword Kit i upgraded the engine block with the blood and skulls industries block, Sponsons are also from B&SI but with left over weapons from my Onagers to represent the heavy bolters and lascannons and look suitably Mechy.
Codified by Millest 1 comment: