Hi Folks,
welcome to the first post in the now live Power Armour Challenge, unfortunately despite my best efforts we have only managed to secure four entrants despite some interest on the facebook group, but we're not going to let that dissuade us. So with just four entrants I have decided to launch the MMM inagural Open challenge and see what comes of it.

Below are the entries for the Power Armour Challenge, each entry has a picture of the parts or model used and a brief synopsis of the theme and creator (and their blog where relevant). 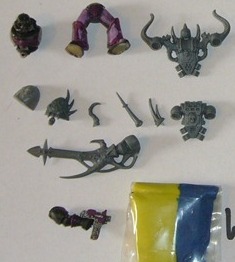 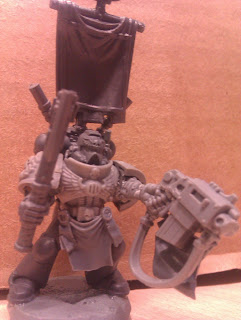 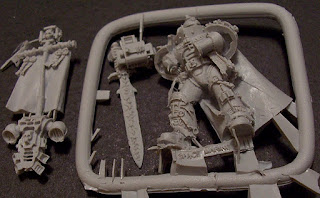 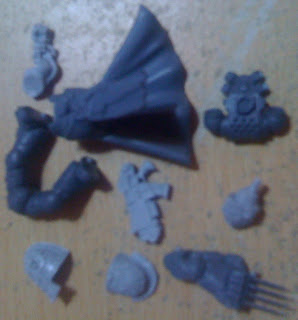 So there they are folks, the first entries to the first open competition. I cant wait to see how some of them turn out, especially my own!

Final Entries must be in by the 18th of Feb, no exceptions, if it ain't finished it still goes up!
Codified by Millest 2 comments:

Snuff by Terry Pratchett
It is a truth universally acknowledged that a policeman taking a holiday would barely have had time to open his suitcase before he finds his first corpse.

And Commander Sam Vimes of the Ankh-Morpork City Watch is on holiday in the pleasant and innocent countryside, but not for him a mere body in the wardrobe. There are many, many bodies and an ancient crime more terrible than murder.
He is out of his jurisdiction, out of his depth, out of bacon sandwiches, and occasionally snookered and out of his mind, but never out of guile. Where there is a crime there must be a finding, there must be a chase and there must be a punishment.
They say that in the end all sins are forgiven.
But not quite all... 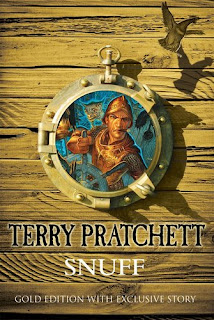 Everybody knows that Terry Pratchett writes funny books - that's just part of modern English folklore. But it needs to be pointed out that they also contain real and deep profundities that ought to move you.

It has often been said that the purpose of fiction is not to preach a message, but to entertain. However, it may be suggested that TP is allowed to do both. The morals are obvious, the characters are transparent and the plot is to a certain extent predictable. What is far from predictable is the path he uses to get there, or the scenery (physical and moral) that you see on the way.

Without giving any more away than has already been divulged, the book reads as a metaphor for the socio-political climate of Britain in the early nineteenth century. As such, the "morphic resonances" are closer to the surface than they are in many of his other novels, and the usual jokes and parodies abound as usual. However, you have to wait till the last page to find out why the family of five eligible spinsters with no penny to their name have the surname "Gordon" (and probably have to know British English to get the joke). Subtler is the discussion (in an apple orchard) of the philosopher from a couple of centuries earlier, who is referred to as "Woolsthorpe". Even more subtle is the fact that the name of the tobacconist who acts as the key into the tobacco smuggling racket has the first name "Wilberforce".

Many of the usual Watch characters have bit parts, but this is mainly Sam, Sibyl, Young Sam and, sharing the stage with Sam on more-or-less equal billing, the delightful Willikins. All of this comes together to create a real gem and a great addition to discworld series. A right rollicking 5 stars from me for this brilliant book.

QI: The Second Book of General Ignorance by John Lloyd and John Mitchinson
Who made the first aeroplane flight? How many legs does an octopus have? How much water should you drink every day? What is the chance of tossing a coin and it landing on heads? What happens if you leave a tooth in a glass of coke overnight? What is house dust mostly made from? What colour are oranges? Who in the world is most likely to kill you? What was the first dishwasher built to do? John Lloyd and John Mitchinson, the brains behind QI, here present a wonderful collection of the most outrageous, fascinating and mind-bending facts, taking on the popular General Ignorance round from BBC1's top rated quiz and the first book in the bestselling series. And whatever your answers to the questions above, you can be sure that everything you think you know is wrong. 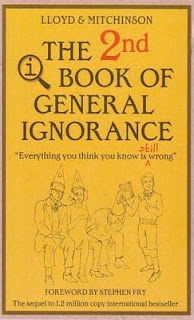 Just a short review this time from me on this book. First let me say how well researched, well written, genuinely interesting this books is. Also it is more than funny enough to make me laugh out loud in the office. The wonderfully light writing style manages to deliver a constant stream of information seemingly effortlessly, while the range of facts and histories on offer is a real treat. I've never felt so enthused about the chemical properties of water, the history of football, the origin of species and the Molotov cocktail all in one day. This is not a dry list of clever facts. Every chapter has some particular factual nugget at its core, but they exist as a springboard for all manner of interesting sidelines. Typically a topic will also cover the origins of the word(s), and give a nod to the scientists, artists and thinkers involved before striking out on a fabulously unexpected tangent. One chapter starts with a look at the drinking habits of the world's animals and ends with a plot summary of the oldest surviving work of literature on earth, all in the space of a page.


The greatest strength of the book, in my opinion, is the evident enthusiasm of everybody involved in its compilation, from the industrious elves to the writers (John Lloyd and John Mitchinson) to Stephen Fry. Every time I dip into the book, I am struck by a sense of renewed enthusiasm about the world and all its little mysteries and curiosities. It feeds my inner geek. This book is like the kid in class who insists on asking 'why' all the time, and is happiest when the teacher has to admit that nobody really knows.

One of the best things about it is that if you have ever seen QI or have knowledge of Stephen Fry then, even though he didn't write the book, you hear every word of the book in your head with his voice! For that reason and many more a solid four and a half stars from me.

Available from:
http://www.play.com/
QI: The Second Book of General Ignorance by John Lloyd and John Mitchinson
Hardback • ISBN 9780571269655
Codified by Millest No comments: 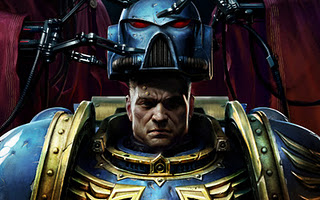 Hi folks,
just a reminder that today is the LAST day for entries or confirmation of your entry to this challenge. Any entries received after today will unfortunately not be entered in to the competition.


PLEASE HAVE ALL ENTRIES TO ME BY 2300 GMT TODAY
once all entries are received an article will go up later in the week showcasing all the entries and giving you an overview of the contenders.

Thanks for reading and get those entries in!
Codified by Millest No comments:

The Power Armour Open Challenge - Open to all comers! 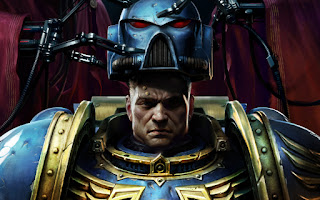 just a quick reminder that the Power Armour Challenge Starts on the 15th of January and most importantly;

This challenge is open to all comers!
Any one can enter as long as you follow the rules below and drop me a line with any questions and your pics etc. More information can now be found below.

As previously mentioned and as an incentive to get involved there is now a small prize (£5 gbp gift voucher for Games Workshop Online - should I win my prize will be donated as cash to Help for Heroes) for the winning entry based on received votes for the painted entry in February.

Details of the Power Armour challenge!
This challenge is open to all comers and anyone can enter as long as they follow the rules set out below.

The Challenge is to model and paint a Power Armoured Character of your choice for an article and vote on the Millest's Mediocre Meanderings blog. The initial submission will be for confirming your entry and giving us a sneak peek at what you have planned. The final voting on the painted entries will be early February and another invite and article will be sent out for that.

Rules for the challenge:
in time for the first deadline you must submit the following:
any questions or comments please let me know and I will try to get them answered ASAP for you.
The deadline for submission of your starting entry is:

Thursday, 12 January 2012
all entries can be passed to me using the contact MMM links on the pages here and should have "power armour challenge entry" as the subject. alternatively more details can be found here:

The Power Armour Challenge Facebook Event Page
Once the 12th of January has passed (or before if you get the pics in or have them ready) painting can begin, afther this completed and painted entries should be submitted by:
Thursday, 9 February 2012

After this point there will be a vote held and the winner will be announce on Sunday 19th February.
So folks get modelling and painting and if you decide to enter, Good Luck
Codified by Millest No comments:

The return from Fire and Ice! 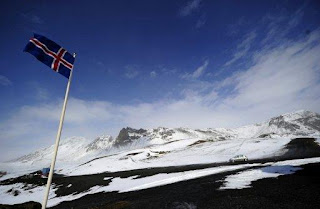 Hi folks,
I have survived the land of Fire and Ice! Most importantly I have had an awesome few days in Iceland and did some insane things I never thought I would do and have thoroughly enjoyed myself. I might have some pics eventually but certainly have some ideas for ice bases and conversions for a small army now!!!

Great country, awesome food, tasty beer and INSANE vehicles! Can recommend it to any one. Now on my return its time to organise and get painting finished, the Power Armour challenge organised and the hobbying back on track. Keep your eyes out for more models, reviews and articles in 2012.