Details of entry 2 for the Terminator challenge, including the pre-painting picture: 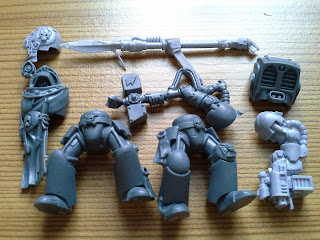 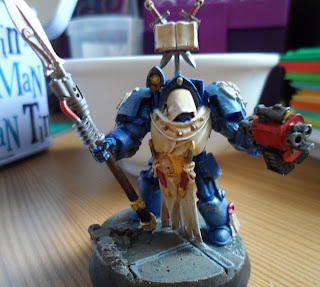 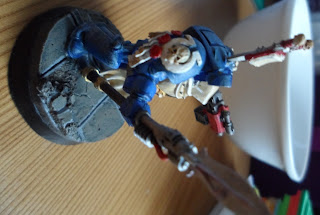 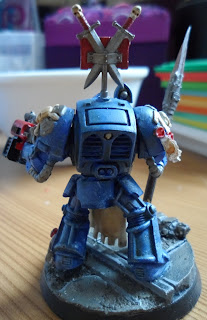 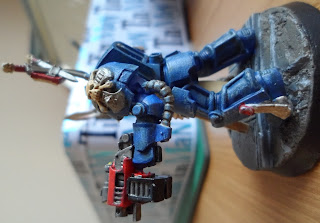 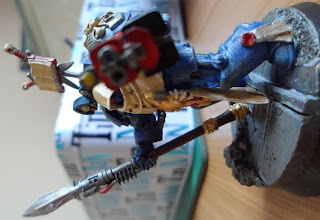 Notes: Librarian Horentus attached to the Ultramarines 2nd company. Carries into battle his holy storm bolter to smite his foe from range but when the fight comes toe to toe he wields his force spear. This spear is said to contain fragments of an ancient terran artefact but none can or will confirm its origins.
This model is a bit of kit bash for the main with a small amount of conversion work. The main conversion is on the right arm where I took off the thunder hammer and replace it with Asterion Moloc's spear, pretty straightforward chop and glue job, I have also re sculpted the spear head as the tip was a bit thin and fragile. For the paint job I wanted this modle to fit in with my existing army, so he is looking a bit dusty and dirty
Codified by Millest

I love the spear, and the book banner as small details. I think I would have given him some more lightning bolts here and there to make him stand out just a bit more but that's just my opinion. Overall great job, and good luck :)

I'm very impressed with the base conversion for this. Dan hasn't been modelling long and I think his conversion is really good and hope he does well.