To be promoted from the Skitarii maniples to the Serberys corps is a great honour. They ride swift quadrupedal constructs whose razor-clawed limbs allow them to manoeuvre easily over the most shattered terrain, while their riders are mag-locked in gyro-stabilised positions.

Serberys Raiders are long-range scouts and outriders. They excel at outflanking enemy forces and picking off unprotected assets. Advanced ocular arrays implanted into the riders’ skulls are noospherically linked with their mounts, ensuring maximum accuracy, while finely calibrated olfactory sensors and a suite of sensitive augury equipment make them dogged and feared trackers. 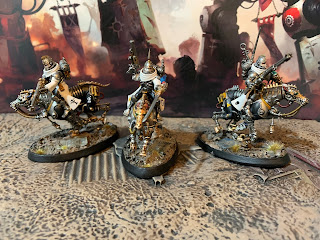 The incandescent flash of phosphor and the stench of charred flesh surround Serberys Sulphurhounds. Appointed from some of the most aggressive Skitarii clades, within their forge world’s temples they patrol lumen-lit enclosures as fell guardians, while on the battlefield, they are shock line breakers. Once released by their Tech-Priest masters they smash into, then through, defensive positions before circling back for any survivors. 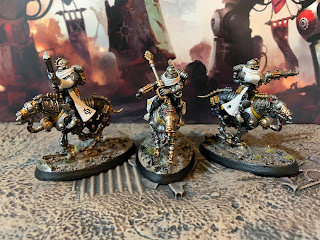 One of many specialised castes of cyborg warriors available to the Adeptus Mechanicus, the Pteraxii are optimised for instinctive reaction and agility. Pteraxii’s reflexes are accentuated by paring back elements of cogitation that impede their primary function. Implanted with additional limbstumps – scapuli superior – on their back, a flight pack of thrusters and reactive life surfaces is connected to them. The flight packs become part of the Pteraxii, who serve in several roles. 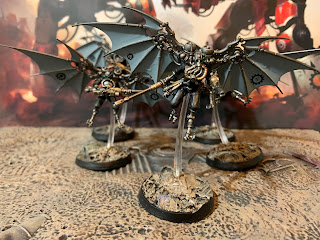 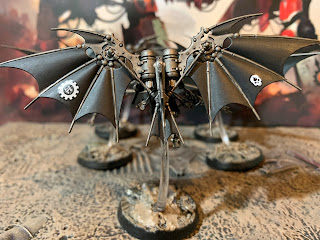 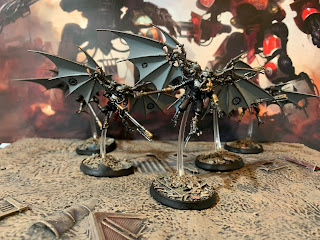 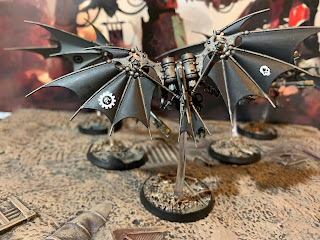